The story of Erzsébet Báthory is true.

Please note that this summary is far from accurate now. Much research has been done since this page was written in 1995. It will be updated with correct information in 2011.

The personal scenes in this opera have been fictionalized, but all the characters were real. Countess Erzsébet Báthory killed 612 women -- and in her diary, she documented their deaths. She became known as "Hungary's national monster," and was (along with Vlad Dracul) the model for Bram Stoker's Dracula. This latter claim, however, is often disputed.

For dramatic purposes, the character of Ilona Harczy has been relocated from Augustinianstraße in Vienna, where Erzsébet heard her sing and later murdered her, to Cséjthe Castle, where most of her evil work was done. Erzsébet also maintained castles in Ecsed, Sárvár, Bicse (Bytca), Kéresztur, and Leka (Lockenhaus) during the turbulent political times that pitted the Hapsburgs against the Ottomans. The line from Budapest to Pozsony (also known as Bratislava or Pressburg) to near Vienna was a constantly shifting battleground for more than a century. 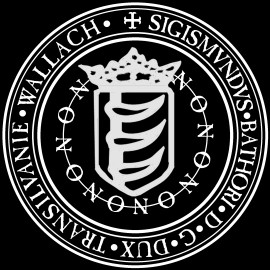 Erzsébet was arrested by Count Thurzo and his compatriots, an arrest that was political in nature. The aging Countess -- quite old for those times of ill health and early death -- had become an embarrassment, particularly since she had begun to kill members of the royalty, and despite (and perhaps because of) her high placement in the Báthory family as cousin to the Polish king and holder of vast amounts of royal land.

Anna Darvulia had gone blind, and then died sometime earlier, probably of tuberculosis. Ferenc Nadasdy had been killed in battle several years earlier.

Two trials brought by Thurzo were held in 1611, one in Hungarian and one in Latin. A later tribunal with more than 200 witnesses was convened by King Matthias II. Erzsébet and her servants were found guilty and had their punishments set by the Bicse judge. Helena Jo and Dorattya Szentes were tortured and burned at the stake in 1611. Janos Ujvary was beheaded. Katalin Beneczky was spared death, and her fate is unknown.

Erzsébet herself was walled into her torture chamber, where she died after three years of imprisonment, in 1614.

All records of Erzsébet were sealed for more than a century, and her name was forbidden to be spoken in Hungarian society.